WSP Appears in The Oprah Magazine!

“Novel Idea: The Women’s Storybook Project of Texas has helped 15,000 – plus incarcerated moms write a new chapter. Every month the nonprofit’s volunteers visit prisons across the Lone Star State to record inmates as they read kid classics like Goodnight Moon and The Runaway Bunny; the recordings and books are then mailed to the women’s children. To support more families this Mother’s Day, go to storybookproject.org.”

Thank you to O for honoring our mission!

Ever wonder how that phone call with mom suddenly soothes your mind after a hard week? Researchers at the Stanford University School of Medicine were curious too. The bond between a mother and her child is undeniable. Even in the womb babies are comforted by the tenderness and familiarity of their parent talking to them. Young children are able to find their mom calling them through crowded grocery stores and cry out for it when frightened in the nighttime. In fact, the role of a mother’s voice in the development of a child’s life is so significant that research shows that hearing the voice of a mom stimulates over five regions of the brain, and informs the levels of sociability that a child develops.

Researcher Vindon Menon noted that “Voice is one of the most important social communication cues”. Findings in a recent study concluded that the strength and knowledge of a mother’s voice enhanced a child’s social tasks, proving that the comfort of voice can be found in the biological functioning of children. For Women’s Storybook Project, this data confirms the significance that we have found over the course of the organization’s development. With the mission of strengthening the bond between children and their mother’s across Texas through the joy of reading literature, WSP has not only allowed children to maintain consistent connection to their mother’s, but it’s given language to the sound of their mother’s voice, one of the most influential parts of keeping a mother to child connection.

Each time a recorder clicks on and a mom begins to read, the transfer of her voice, carefully telling her daughter or son a story, travels far beyond its literary content: hearing her is literally changing and shaping her child’s mind–for the better. “It’s exciting to see that the echo of one’s mother’s voice lives on in so many brain systems” Menon commented about the study. Our goal is to keep that echo amplified with anticipation for the future of these relationships.

The uniting effects of knowing a mother’s voice have already shown up in the Mountainview Unit. While volunteering in Gatesville, TX a mother shared in the WSP closing circle  about a recent visit with her one-year-old. Her son, who she had not met since giving birth to him, recognized her voice during a visitation because of the recorded readings that she was able to send through WSP. This bond and recognition of her as his mom was created through the recordings, reinforced with the visitation, and will continue to be strengthened each time the child’s caregiver plays the audio files sent to him.

Without our work, it is likely that this child would not have recognized his mother.  A husband of another inmate reported that his kids complained of how many times he replayed the reading after they received it, as he was enchanted by the sound of his wife’s voice. Hearing mom’s read engages not just the child, but in this case, the family unit as a whole, giving voice to their missing piece and fostering relationships that can be sustained over time. For kids, having the chance to bond with their mom means everything. We receive responses like Timothy, thrilled to be able to have a connection with his mom, no matter the distance. When drives to visit are not possible, hearing her read to him is, and for now, it is enough:

For more information on the Stanford Medicine Study, please visit

Lauren is a summer intern with Women’s Storybook Project from St. Edward’s University.

She is working on social media projects as well as research and blog projects. Lauren will be entering her junior year at St. Ed’s in the fall and is an English major from Conroe, TX. Lauren will also be joining WSP as a volunteer! We are lucky to have her on our team!

WSP selected as “A project of the Junior League of Austin”

The Junior League of Austin selected Women’s Storybook Project of Texas as one of their community projects for 2019-2020.

Winner of the 2019 Library of Congress State Literacy Award!

Happy to announce that we’re the winner of the 2019 Library of Congress State Literacy Award! Women’s Storybook Project of Texas is honored and grateful to have been selected. Special thanks to David M. Rubenstein, The Library of Congress, WSP volunteers and supporters.
It’s a simple idea with a huge impact.
https://www.tsl.texas.gov/node/67009

Make sure to tune in to KVUE tomorrow night – Saturday, May 18th at 6:30pm for theFive Who Care Special.

Judith Dullnig, WSP founder and board chair will be featured as one of the Five Who Care.  One of our stellar board members, David Graham was also honored and will be profiled.  We are blessed by the service of these amazing individuals!

Every year, KVUE honor community members who “give their time and talents to help others.” This year, our very own Judith Dullnig won the prestigious award. To watch KVUE’s piece profiling Judith, click here! test

Thank you for attending our annual fundraising luncheon!

A very warm thank you to everyone who joined us for our annual fundraising luncheon on April 25, 2019. As always, we had a great time and we appreciate all of the table host for inviting friends, associates, and colleagues to learn more about our program.  If you are interested in visiting our office, host an Open Book Party or volunteer –  Please contact Jill Gonzalez at jill@storybookproject.org

Thank you to all of our Sponsors!

Additionally, this event would not have been possible without the dedication of our Country Club Sponsor, Barbara Cox, and our Table Hosts! Thank you for the passion you have for WSP and your commitment to success!

We’ve been selected to participate in Tiff’s Treats Charity Contest!

During the month of January, Tiff’s Treats will be celebrating their 20th anniversary, and we’ve been selected to take part in a charity contest and the competition starts now! We need your help! 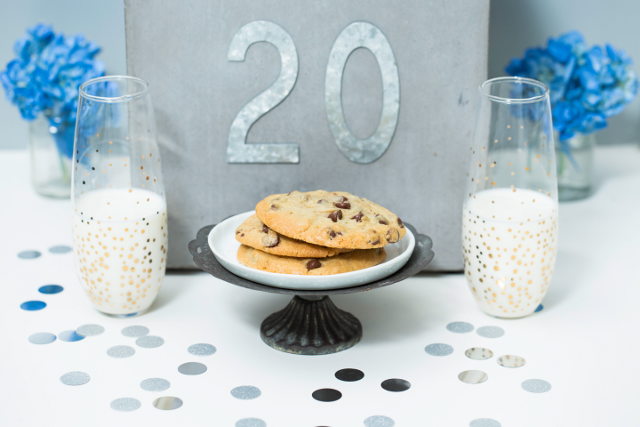 If you use code  STORY2019 during checkout at www.cookiedelivery.com, 10% of each sale made using our code will be donated to Women’s Storybook Project.  At the end of January, the charity with the highest sales will also receive a $20,000 donation! So please use our code and order cookies for a great cause!
Happy 20th anniversary, Tiff’s Treats!​

Sun Connor, Women’s Storybook Project Operations Manager, was selected for the Leadership Austin Emerge class this year. Since September, she has been connecting with other community leaders and developing her skills. There was a 23% increase in applications this year and Sun was one of 55 candidates chosen for this program.
Congratulations Sun, we are proud of you!
Here’s to a great second semester! The WSP team. #LeadershipAustinEmerge

Thanks to our ACC volunteers! 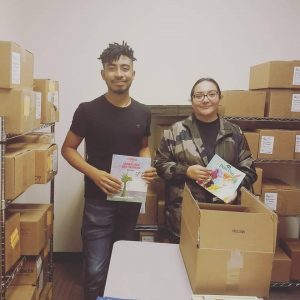 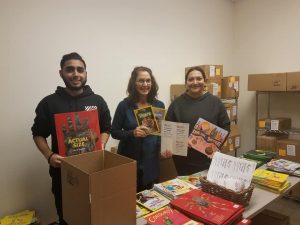 Thanks to the wonderful Austin Community College District students who sorted and boxed books at our office! #dogood #volunteer